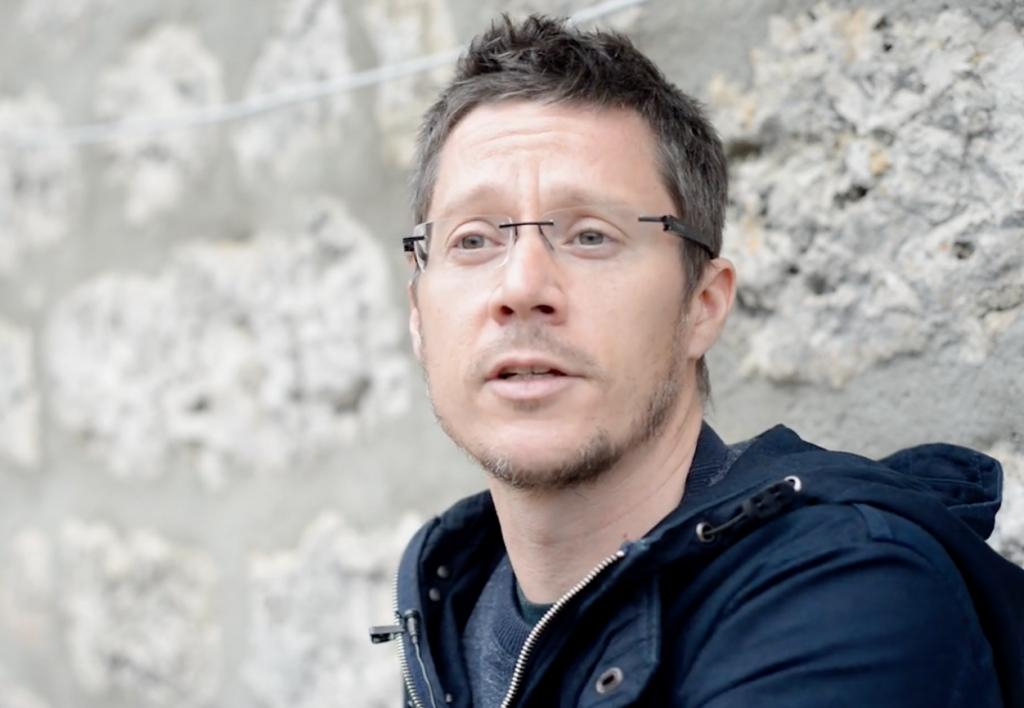 Chris is a designer and children’s book author and freelance illustrator. An early interest in fair trade drew him into working with a number of non-profit projects, including his award-winning People Tree design work. Since then he has written a number of children’s books – A Bit Lost has been translated into 27 languages and has won awards in 7 countries; Oh No George! came out in 2012 and won the Junior Magazine Picture Book of the Year Award; SHH! We have a plan came out in March 2014 and won the AOI award for children’s books for 2014; and Goodnight Everyone came out in 2016.

“I thoroughly enjoyed working with Laura. I really looked forward to seeing what she would come up with each session. The project actually began quite differently to how it came together in the end. The original story was a fossil hunt with a girl and a dog that was about imagination, the main character sees imaginary dinosaurs in clouds and trees across the landscape. As a story, I think this was already working pretty well. But Laura changed it into a story where the dinosaurs are actually real and the main character cannot see them. All the elements were the same, a girl, her dog, imagination and dinosaurs… but this inversion suddenly gives the story humour too. I think it works very well and it’s very funny – and that was all her doing. I really look forward to what she comes up with next – and seeing this book in my local bookshop very soon.”