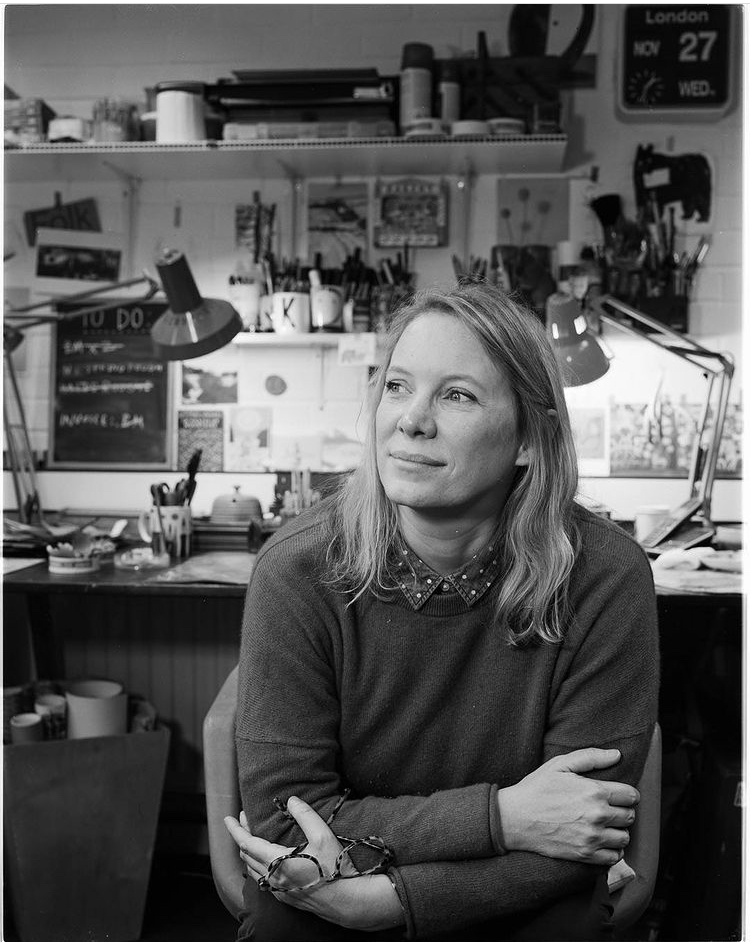 Katharine has illustrated many successful children’s books including The Woman Who Won Things & The Man Who Wore all His Clothes by Allan Ahlberg, Nat Fantastic by Giles Andreae and It Moved by Anne Fine. Her work also includes Tigerbear written by Steve Webb and Titchy Witch by Rose Impey. Katharine has also published her own title, Bear Hug and the recent series, Who’s Hiding?

“Fruzsi works digitally and her work was already beautiful, but I felt it was slightly lacking something when it came to applying it to a picture book context. Encouraging her to go back to basics and draw from life – in a sketchbook with traditional materials – turned out to be really beneficial and she surprised herself by enjoying it too! She now uses a blend of hand-drawn imagery combined with her digital skills to create artwork that, in my opinion, now has more depth and warmth. She creates wonderfully atmospheric environments and has a real talent for illustrating light, something I was unaware of at the start of the mentoring. I was really impressed by her willingness to push herself and embrace new methods of working, which I believe have enhanced her illustrations for children enormously. I found the whole mentoring process immensely enjoyable and have learned a lot from Fruzsi, too.